The property where Cleng Peerson lived his last years together with the Colwick family is located in the Norse Historical District near Clifton, Texas. 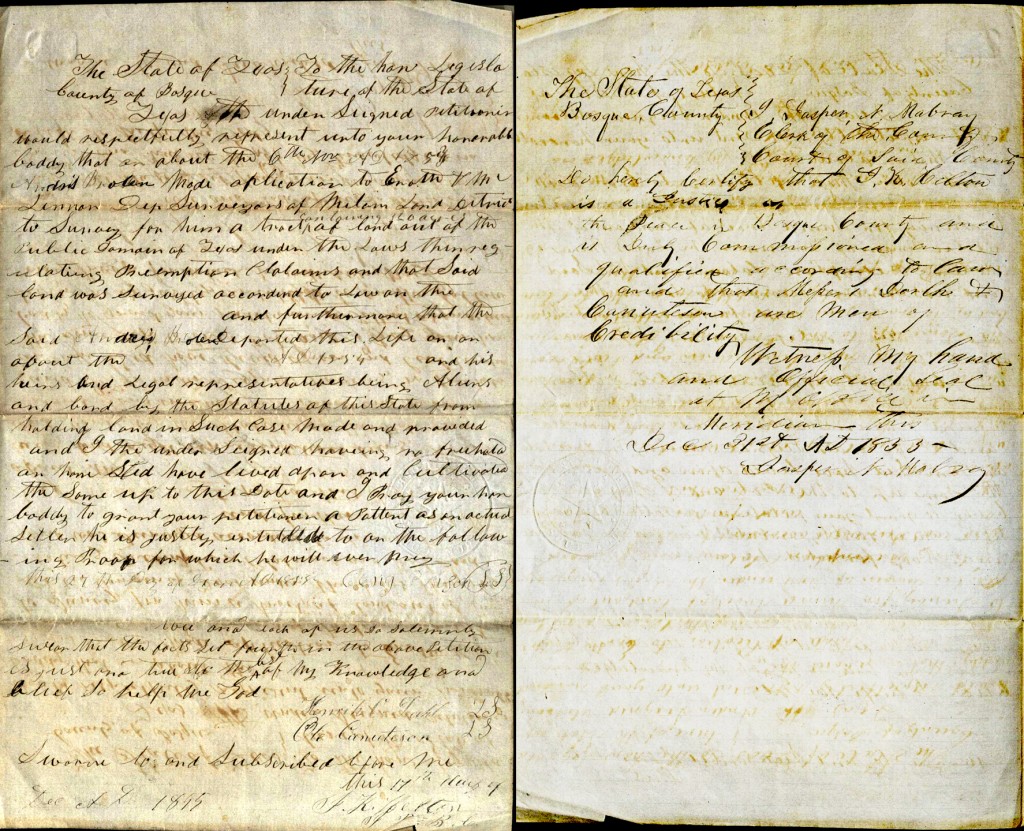 Transcription of the Petition:

The State of Texas
County of Bosque

To the hon Legislature of the State of Texas the under Signed petitioner would respectfully represent into your honorable boddy than on about the 6th Nov AD 1854 Andris Broten made application to Erath & McLennan Dis. Surveyors of Milam Land District to Survey for him a tract containing 320 acres of land out of the Public Domain of Texas under the Laws then regulating Preemption Claims and that Said land was surveyed accordind to Law on the …………………………… and furthermore that the Said Andris Broten departed this Life on and about the ……………… AD 1854, and his heirs and Legal representatives being Aliens and bond by the Statutes of this State from holding land in Such Case made and provided and I the under Signed having no freehold or home Sted have lived upon and cultivated the Same up to this Date and I Pray your hon boddy to grant your petitioner a Pattent as an actual Settler he is justly entitled to on the following proof for which he will ever pray
this 27th Day of Dec AD 1855.
Cleng Peerson 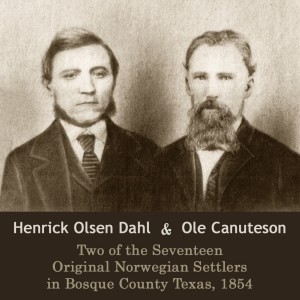 We and each of us do Solemnly Swear that the facts Set fourth in the above Petition is just and true to the best of my Knowledge and blief So help me God.
Henrik O. Dahl
Ole Canuteson

Transcription of the Affidavit on the back of the Petition:

The State of Texas
Bosque County

I, Jasper N. Mabray
Clerk of the County Court of Said County
Do hereby certify that J.K. Helton is a Justice of the Peace in Bosque County and is duly commissioned and qualified according to Law and that Messers Dahl and Canuteson are Men of Credibility.
Witness my hand and Official Seal at my office in Meridian
this Dec 31st 1855.
Jasper N. Mabray